Home Inspiration How to Make The Perfect Iced Tea: 2 Easy Methods to Try

Cool and refreshing, a glass of iced tea is the perfect summer drink. And it doesn’t have to be difficult either: our guide will walk you through two different ways that you can whip up a jug of deliciousness using your favourite tea. We’ll also share our favourite tips and tools for the job. 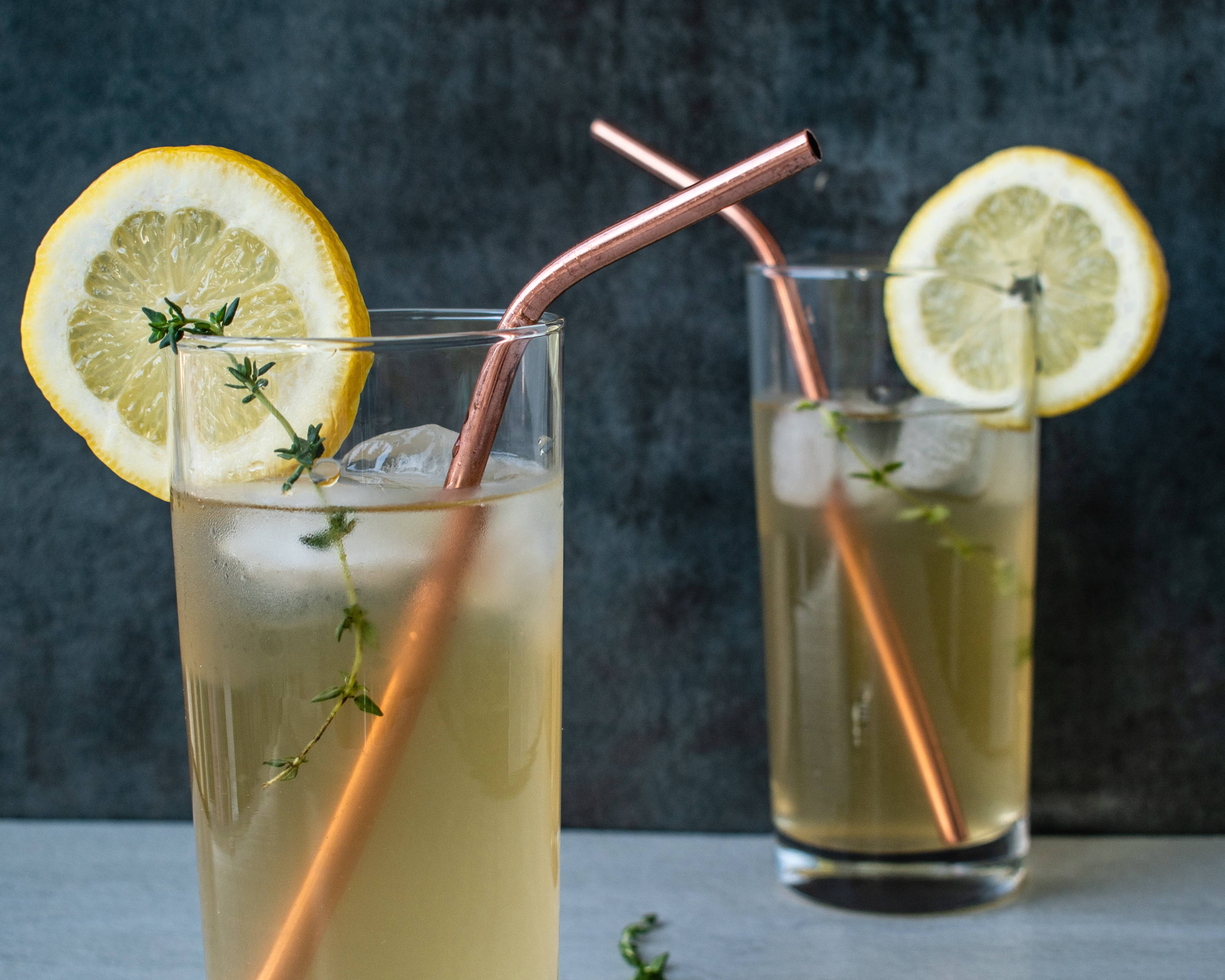 Image by The Matter of Food from unsplash


What is iced tea?

Iced tea is a type of brewed tea that’s enjoyed cold. It’s usually served with ice in a glass, but it can also refer to any tea that has been chilled or cooled. Like the hot variation, iced tea can be sweetened with sugar or syrup – which, as you might’ve guessed, is called sweet tea or sweet iced tea.

Iced tea is typically made by brewing regular tea bags in hot water, letting it cool, and then pouring it over ice. It first appeared in America during the 1860s when cold green tea was infused with alcohol to create a chilled punch.

Today, black tea is often used instead as the base of the drink and it doesn’t contain any alcohol, which has made it widely popular and accessible to people all around the world.

What’s the best tea to use for iced tea?

Here’s the good news: you can use any kind of tea as the base for your iced tea. Once you have the basic recipe and method down, it’s easy to customise it to suit whichever flavourings you prefer.

Here are a few of the most popular types of teas to try: 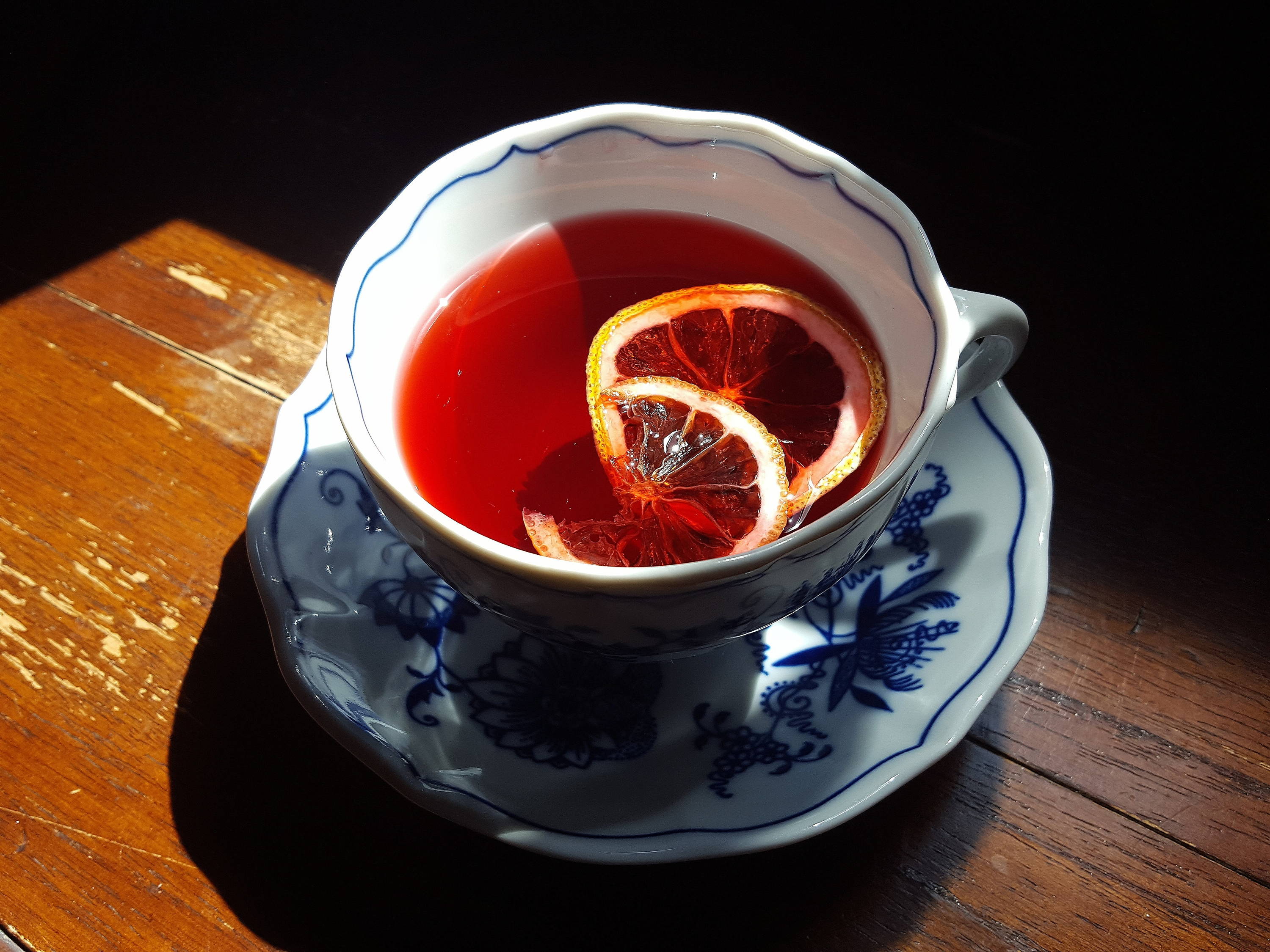 Image by Soo Chung from unsplash

Black tea is the most popular choice for iced tea as it creates a classic, neutral taste that can easily be spruced up with fruity flavours. Black tea is made by oxidising the leaves, which helps it to develop bold, full-bodied notes when brewed.

A few examples of black teas are: 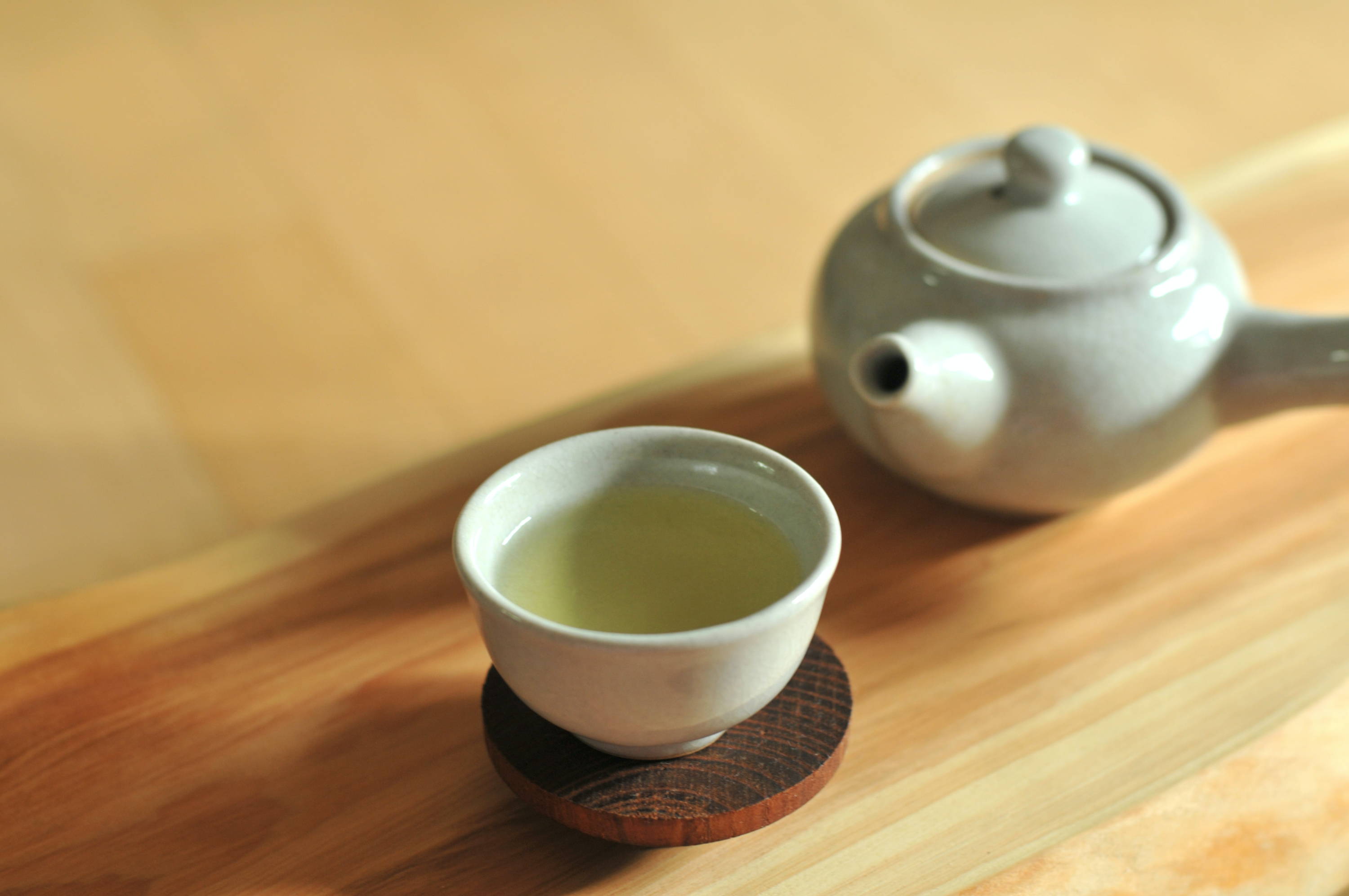 Image by Na whisky from unsplash

Green tea is another common choice for iced tea thanks to its delicate taste that gives it a much lighter profile than black tea. Japanese teas like Matcha and Sencha have grassier notes, while teas from China, like Longjing and Gunpowder, tend to taste slightly toasted and smokier. 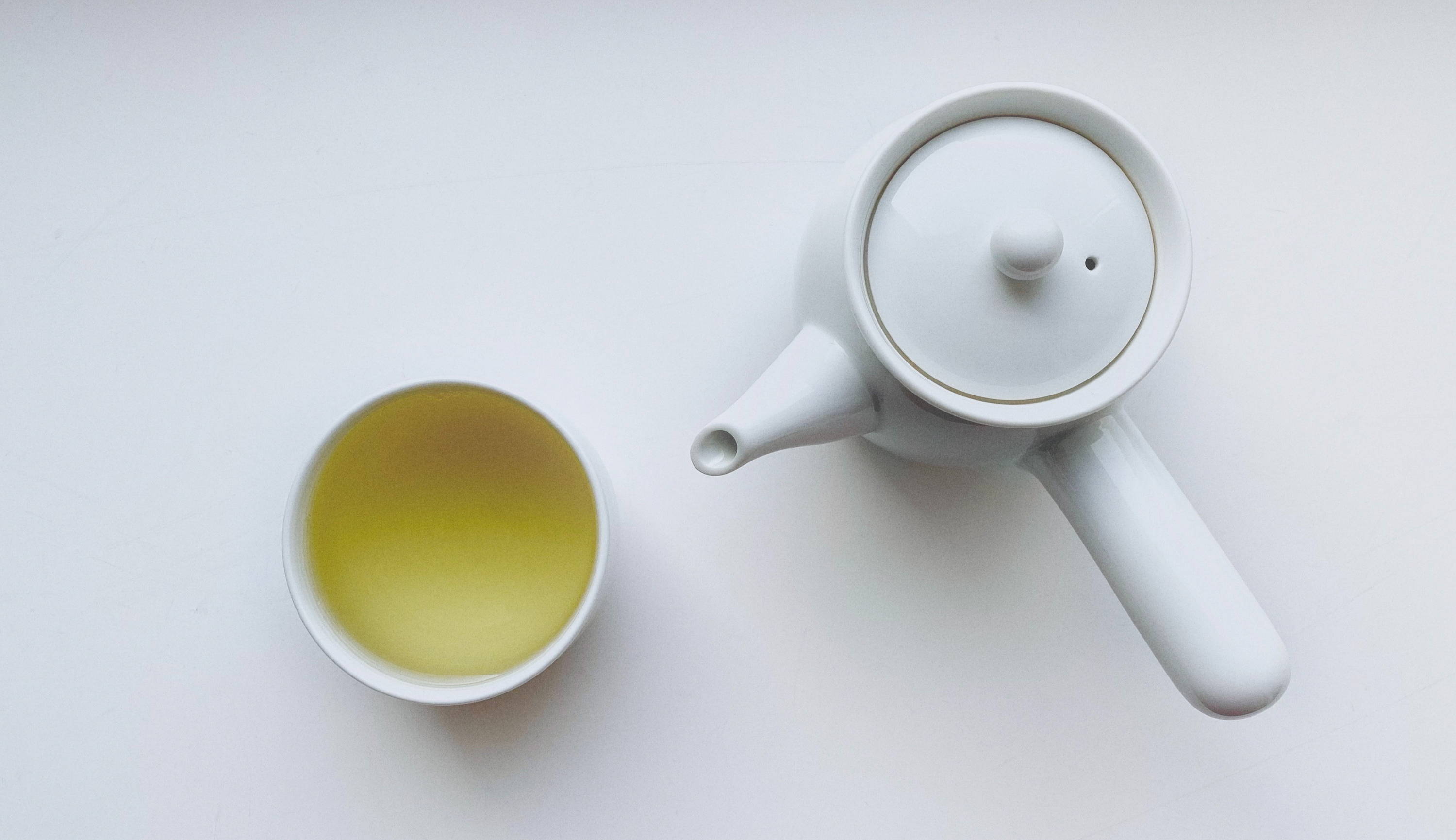 Image by Kiran K. from unsplash

White tea is made from tea plant tips that are harvested before the leaves unfurl when they still have little white hairs on them. When brewed, white tea has a bright taste with floral notes and sweet undertones. White tea’s subtle profile makes it a great base for infusing with other floral or fruity flavours. 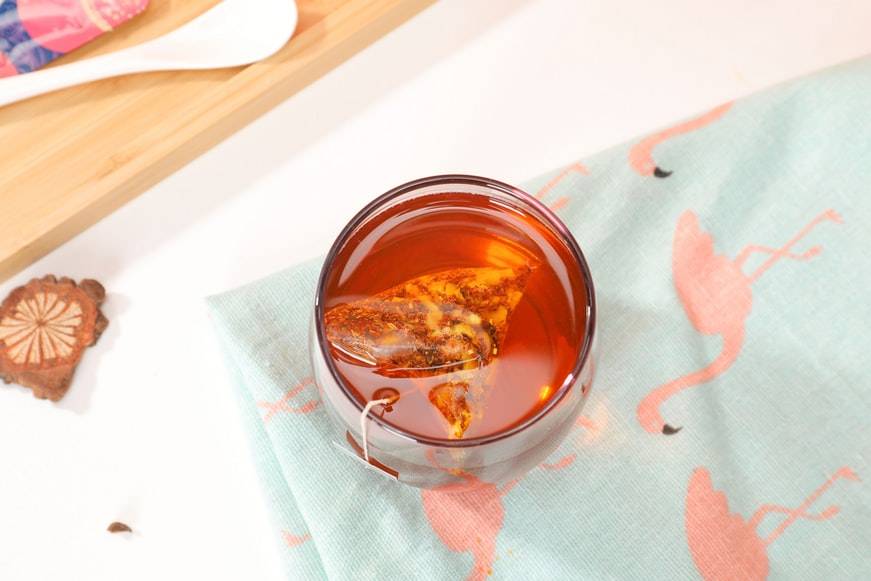 Image by TeaCora from unsplash

Fruit teas pack a punch of flavour and are an excellent option for anyone who doesn’t like the earthier taste of black or herbal teas. As fruit teas already have a strong taste, they’re easy to enjoy on their own without any additional flavourings, or with just a hint of sweetener to enhance the fruitiness of the tea. 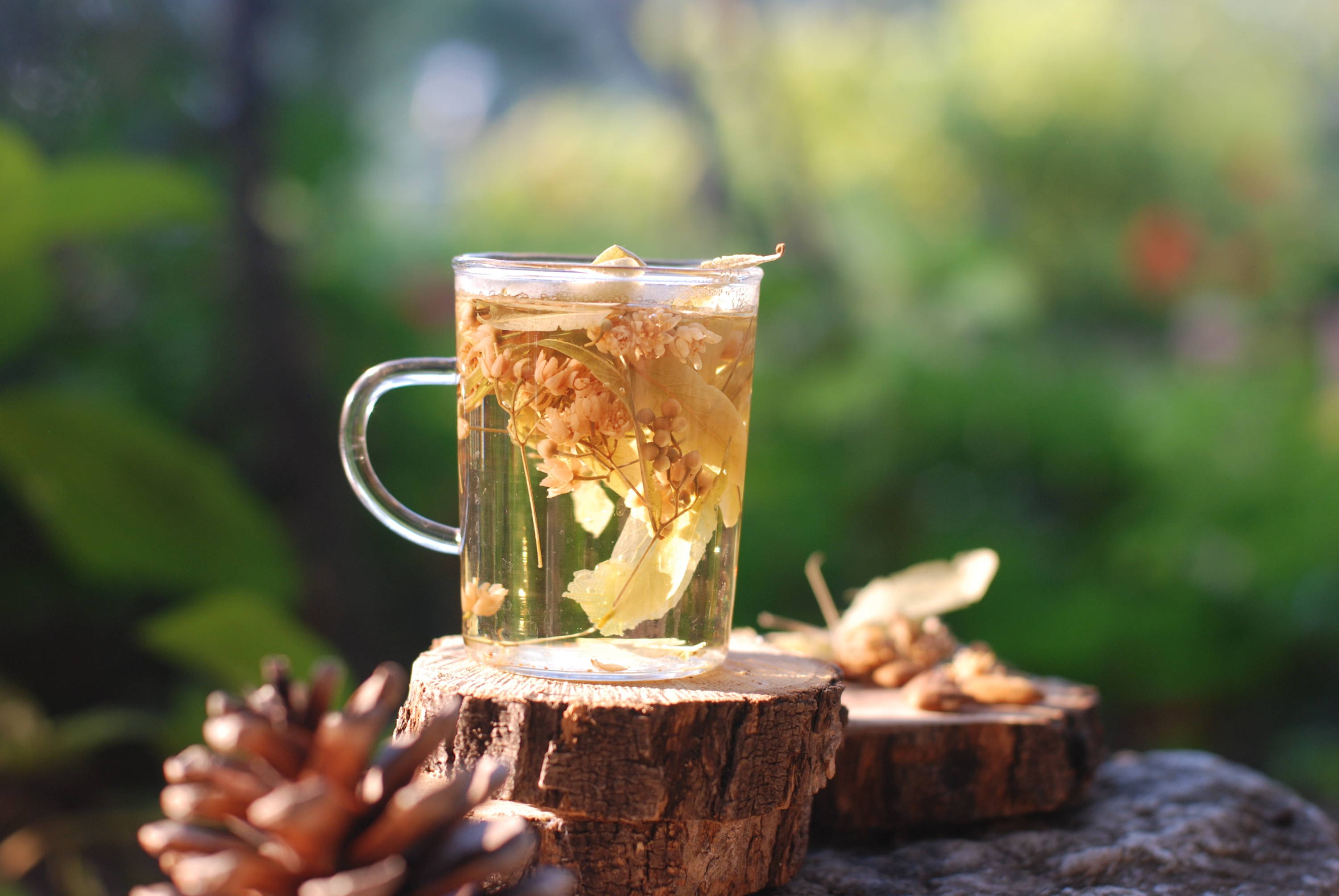 Image by Kris Sevin from unsplash

Many herbal teas aren’t technically teas but tisanes because they don’t come from a tea plant — but that’s a story for another time. They suit being prepared chilled because of their crisp, refreshing taste. Like fruit teas, they have a fairly straightforward and intense flavour that’s delicious when sweetened.

What do you need to make iced tea?

To make iced tea, you’ll need all the ingredients you would usually use to brew a standard tea, plus a few extras. 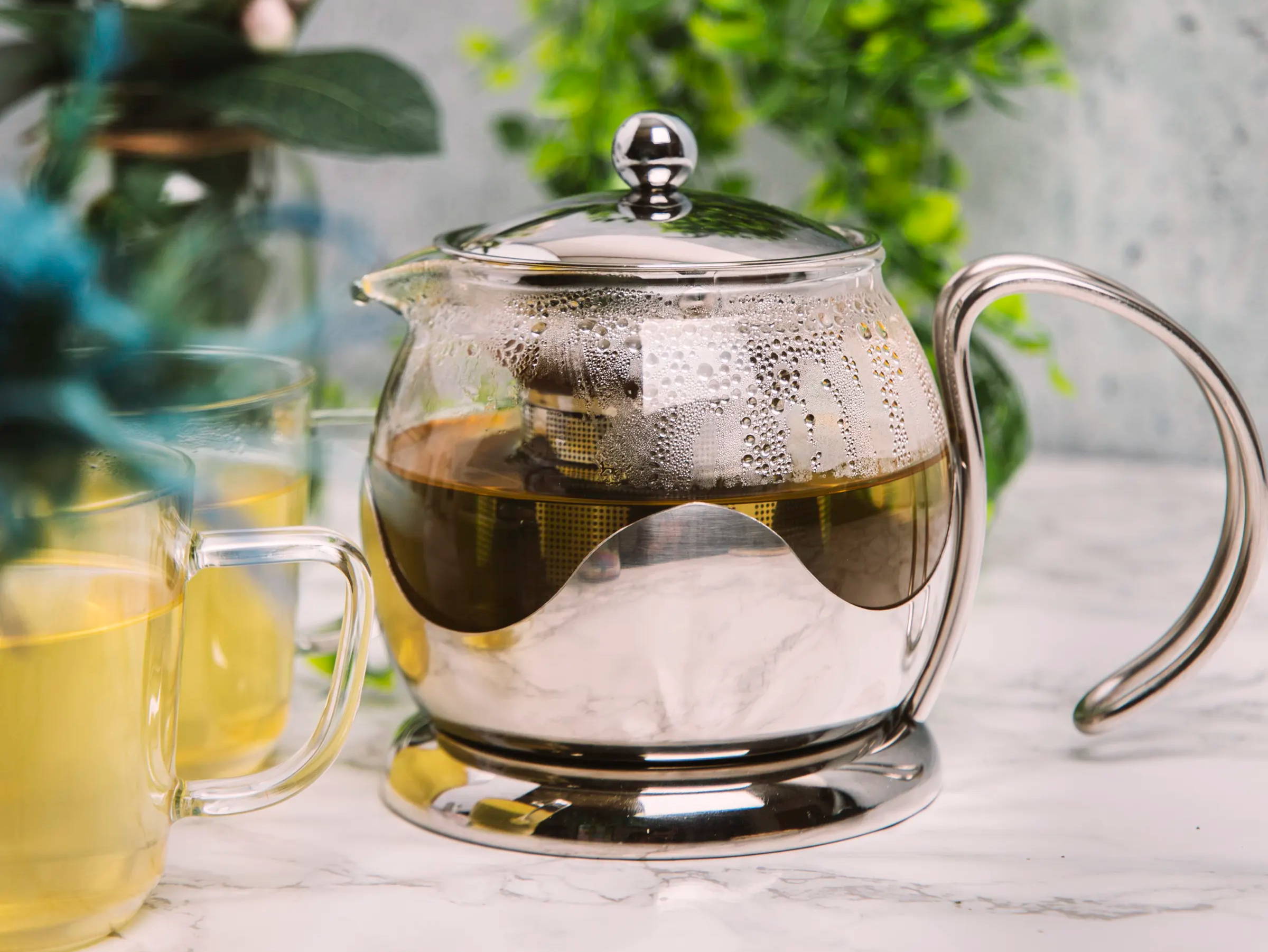 How to make iced tea

Whichever method you choose, it’s best to brew your tea stronger than you normally would for hot tea as the ice cubes can water the flavour down.

The hot-brewing method is typically the most common way to make iced tea. You get a strong, bold flavour that’s ready to drink much sooner than with other methods.

The trick here is to brew a really intense tea base with a small amount of hot water, let it cool, and then dilute it with cold water. If you pour the hot tea over ice, the sudden change in temperature causes the tea to release more astringent tannins – a chemical that gives the liquid a cloudy appearance and bitter taste. 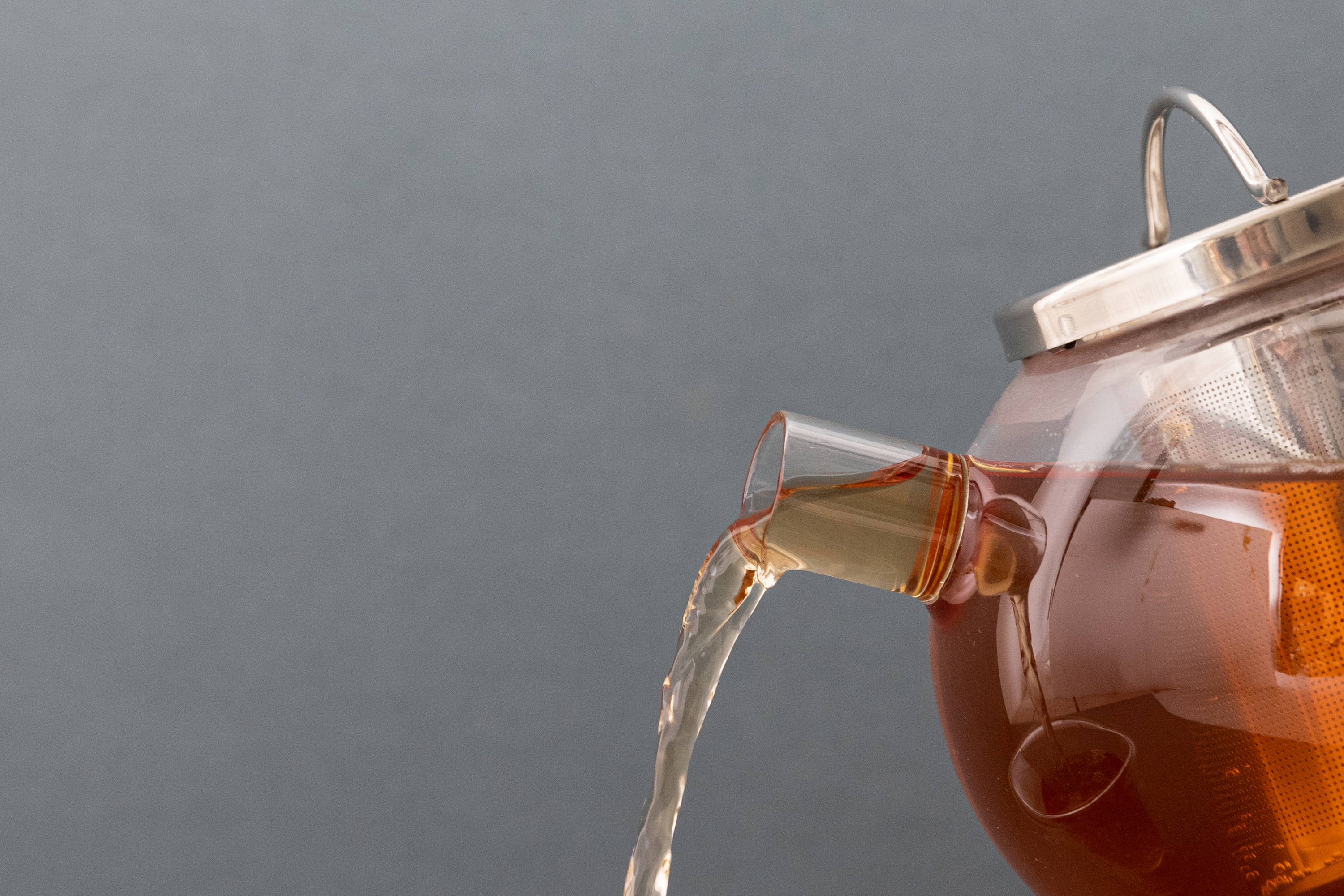 Cold-brew iced tea is a lot simpler than the hot method. It has fewer steps and mostly involves letting the tea chill out in the fridge, but it does take longer.

If you’re a tea connoisseur – or you’re serving iced tea to someone who is – you might want to choose the cold-brew method as it gives a cleaner, less-dry taste.

How to sweeten iced tea

Sweetening iced tea with sugar, syrup, or honey is super easy. Just make sure that you’re adding sugar granules to the tea when it’s still hot so that it can fully dissolve.

If you’re using syrup or honey, you can add it in right before serving. Start with a small drizzle and adjust to taste – if you’ve taken the time to make delicious iced tea, don’t let all your effort go to waste with too heavy a hand of sweetener.

Syrups and honey can change the finished flavour of your iced tea, though. A simple sugar syrup is a great way to add sweetness without compromising taste and it can also be used in cocktails and for baking.

How to make a simple sugar syrup 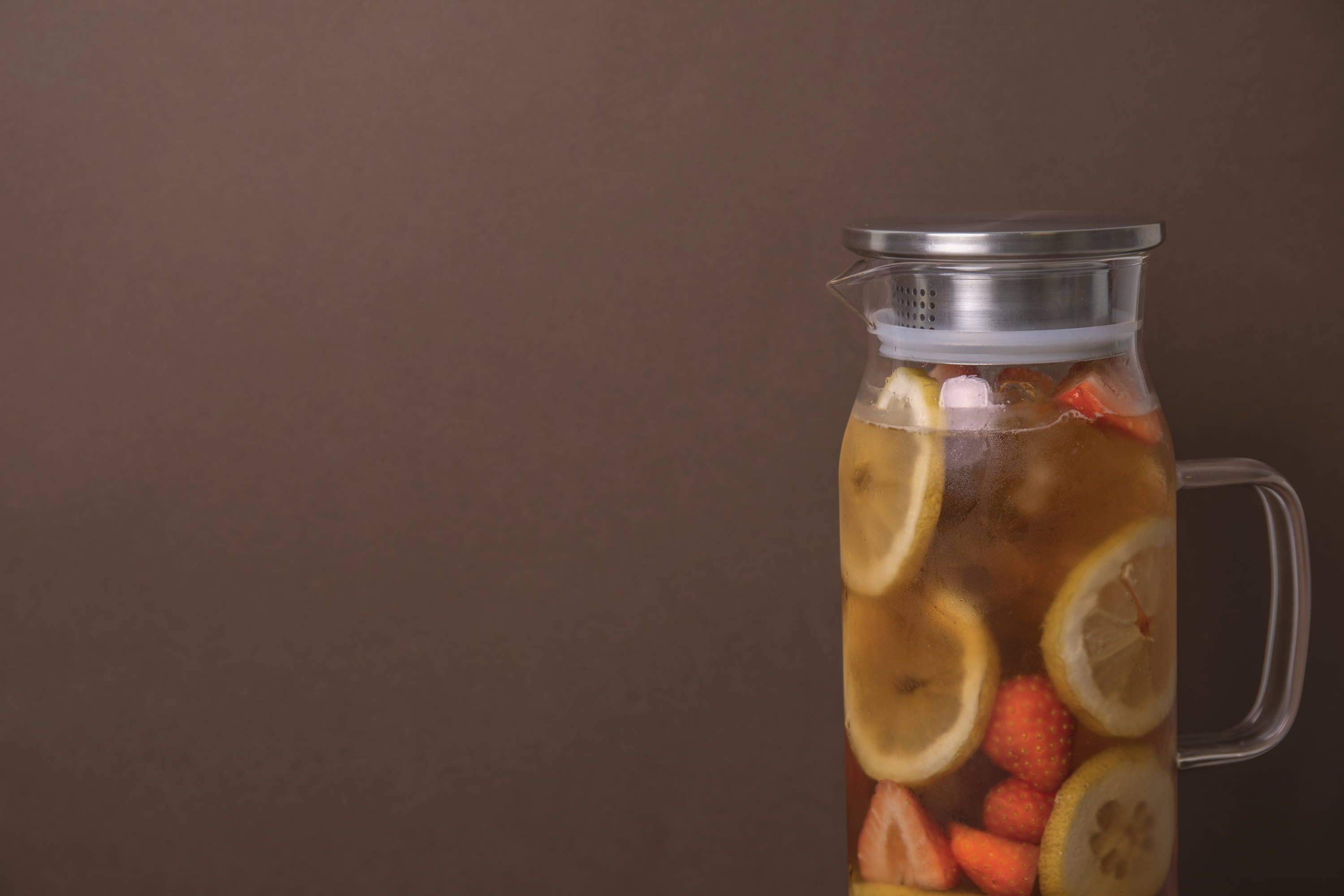 How to store iced tea

Freshly-prepared iced tea can keep in the fridge for up to two weeks, as long as it’s stored in an airtight container or jug with a sealable spout. This will help to prevent potential bacteria growth and your tea from absorbing any smells or tastes from other food in your fridge.

To preserve your iced tea, keep it chilled at all times and avoid leaving it out at room temperature. Adding sweeteners, fruit, and additional flavourings will also reduce the amount of time your iced tea can keep for – consume within one to two days if you add in any of these.

While preparing big batches of iced tea ahead of time can be convenient, it’s safer to make it in smaller batches more often.

How much caffeine is in iced tea?

The amount of caffeine will depend on the type of tea you use, as not all teas have the same caffeine content.

Black tea has the highest amount of caffeine with around 50mg of caffeine per serving. In comparison, a cup of brewed coffee has on average around 95mg of caffeine.

Green tea has slightly less, with around 30-40mg of caffeine per serving. And white tea comes in at around 20-30mg per serving. 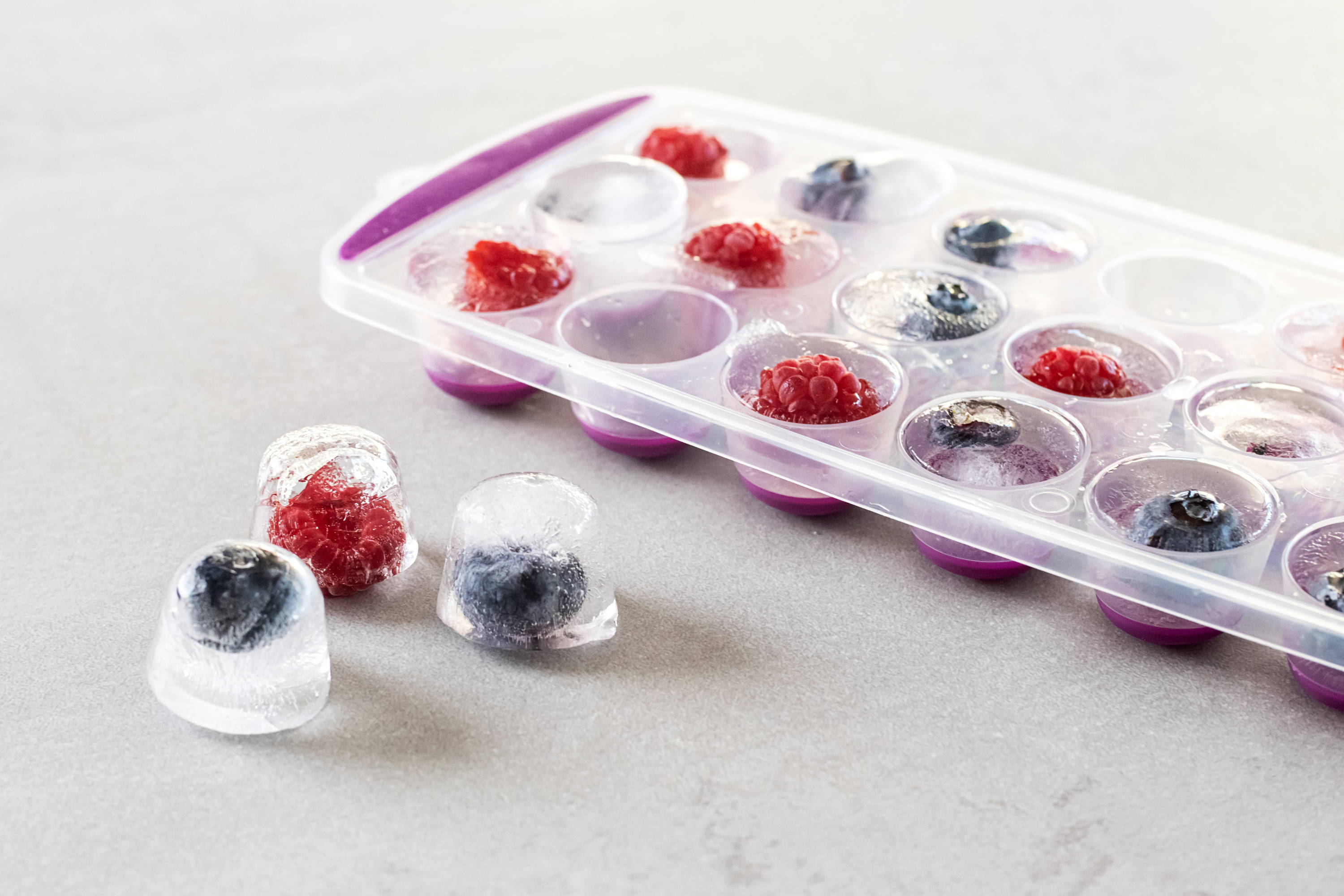 1. Set a timer for steeping

Just like leaving your coffee grounds in your cafetière for too long can cause “over-extraction” (when they give your coffee a bitter taste), letting your tea bags or leaves steep for longer than the recommended time can cause your iced tea to become bitter too.

We know what you’re thinking: but surely letting it steep for longer imparts a stronger, more intense flavour?

The thing is that teas are delicate and need to be treated with care to extract maximum tastiness. Rather than steep for longer, try adding more tea bags for a richer flavour.

Make sure you’re setting a timer to hit that perfect steeping sweet spot.

Picture this: it’s a balmy July afternoon and a chilled glass of delicious iced tea is just the ticket for enjoying the summer’s day. In your eagerness, you eyeball the amount of water that you need. The result? A watery, tasteless iced tea that doesn’t quite satisfy your cravings.

Always use a measuring jug to check that you’re using the right amount and make sure that your iced tea isn’t going to be too watered down. You can always add more water if it’s too strong, but it’s a lot more difficult to add more tea flavour – trust us.

Along with measuring your water, you may find that the ice cubes are diluting your precious iced tea. Here, you have two options: use less ice or make iced tea ice cubes.

Using less ice absolutely works, but if you’re in a pinch and want your tea to chill quickly, you might not want to skimp on the ice.

Instead, keep a batch of iced tea ice cubes in your freezer. Simply brew your favourite tea, pour it into an ice cube tray, and freeze. Use these whenever you’re making iced tea to avoid any watery mishaps.

What are the best tools for making iced tea?

This stylish glass teapot doubles up as an infuser thanks to its removable infuser basket. It’s made from high-quality borosilicate glass which is heat resistant, so you don’t have to worry about it cracking when you pour in your hot water. Tea bags? Loose leaf tea? This clever teapot does both.

Make your iced tea look as good as it tastes with this beautiful ceramic pitcher. With a design inspired by traditional Italian ceramics, it’s finished with pretty flowers in deep blue, teal, and peach. With a generous 2.4 litre capacity, this pitcher deserves to take pride of place on any dining table or for a dinner or al fresco party.

Prepping your iced tea the night before? Keep it cool in this KitchenCraft infuser jug as it chills in the fridge. The secure lid keeps any fridge odours at bay and the infusion core is perfect for filling with fruit or sprigs of herbs. Your guests can enjoy a smooth iced tea with all the deliciousness of your favourite flavourings, but without any annoying bits.

Sweeten up your day with a refreshing iced tea

Iced tea is a great way to stay hydrated and enjoy refreshing flavour. Whether you’re an Earl Grey enthusiast or are passionate about peach, you can find a delicious iced tea to suit your taste.

Make sure you have all the tools you need to brew the perfect iced tea to quench your cravings.