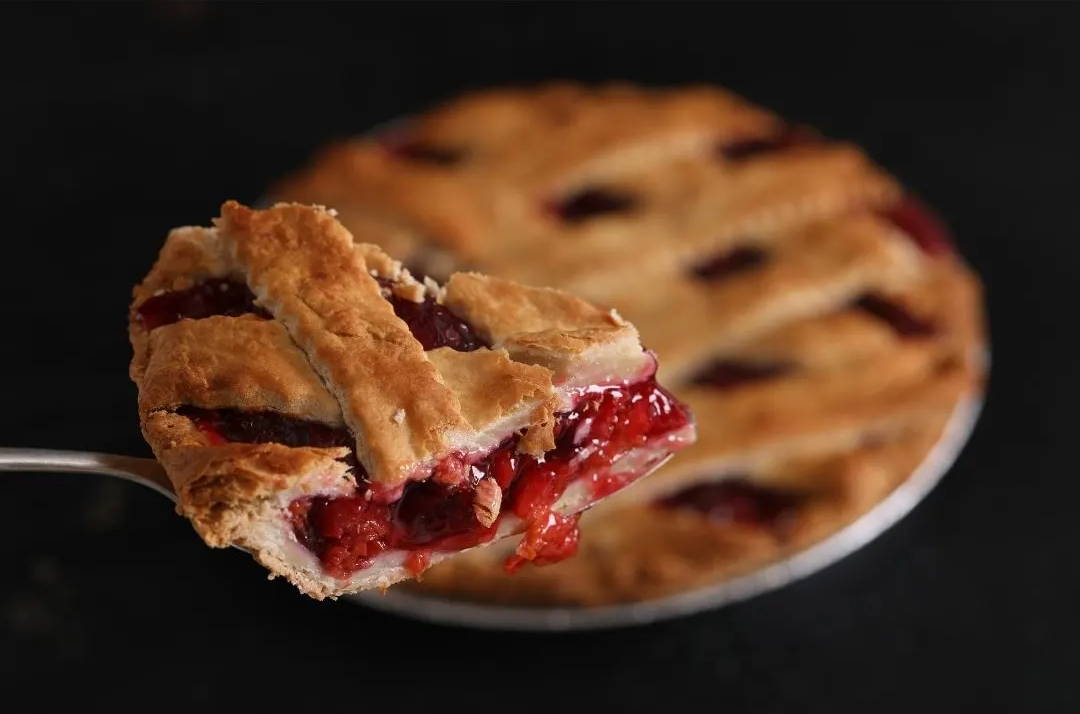 Tuck into this classic dessert made form sweet seasonal cherries.

Put the flour, butter and 75g golden caster sugar into a food processor and pulse until the mixture resembles crumbs.

Add the egg yolk and 2-3 tablespoons of cold water and pulse until the mixture comes together to form a ball.

Turn out using a dough scraper, wrap in cling film and chill for 30 minutes in the fridge.

In a bowl, mix the cornflour, remaining golden caster sugar and cinnamon together, then gently toss the cherries in to the mixture.

Roll out half of the pastry on a lightly floured surface and use to line the bottom and the sides of the dish.

Trim any excess pastry from the edges and pile the cherry mixture into the centre and spoon over four tablespoons of water.

Brush the pastry edges with water.

Roll out the remaining pastry, with a sharp knife or a pizza cutter cut the dough in to even strips, 1-2 inch – 3-4 inch wide.

Lay out 4 – 7 parallel strips of the dough depending on how thick your strips are, on top of the filling, with 1-2inch space between them.

Alternate horizontal and vertical strips, weaving the pastry in an over-and-under pattern.

Brush the pie with milk and sprinkle with the granulated sugar.

Put the pie on to the baking sheet in the oven and bake for 15 minutes. Reduce the oven temperature to 180°C/fan160°C/gas 4 and bake for a further 15-20 minutes until the pastry is golden.

SHOP NOW
We are currently only shipping to the UK